GET BLIND PROPHET EPISODE 1 FOR FREE!

Get Blind Prophet, Episode 1: A Prophet Is Born For FREE!

Available in multiple formats including Kindle, Nook, and IBook 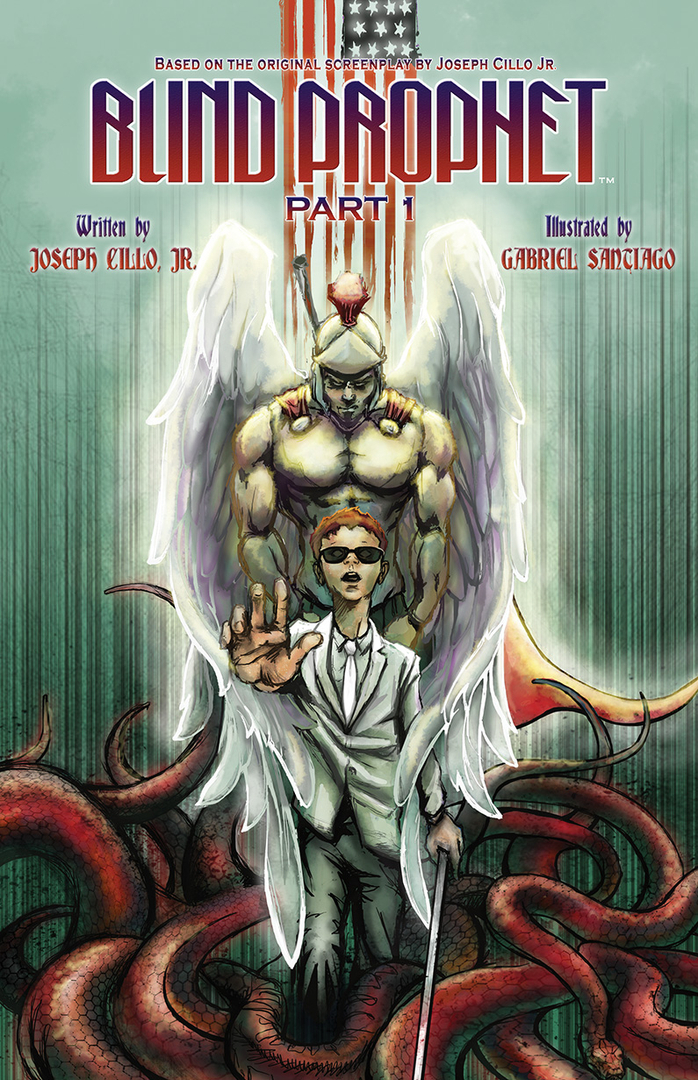 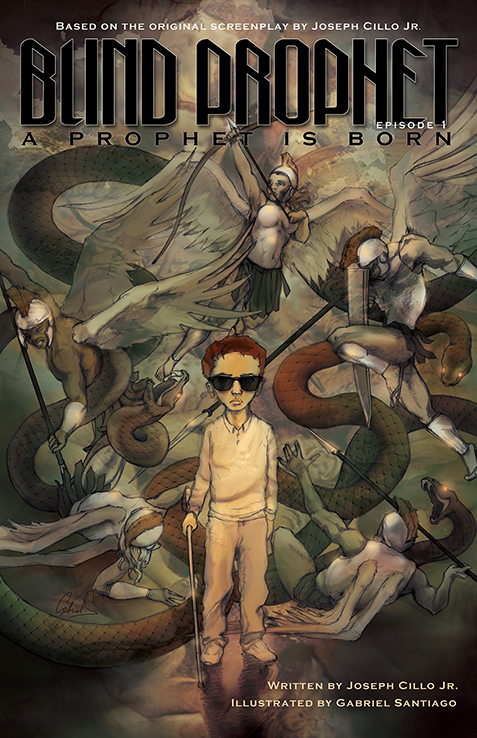 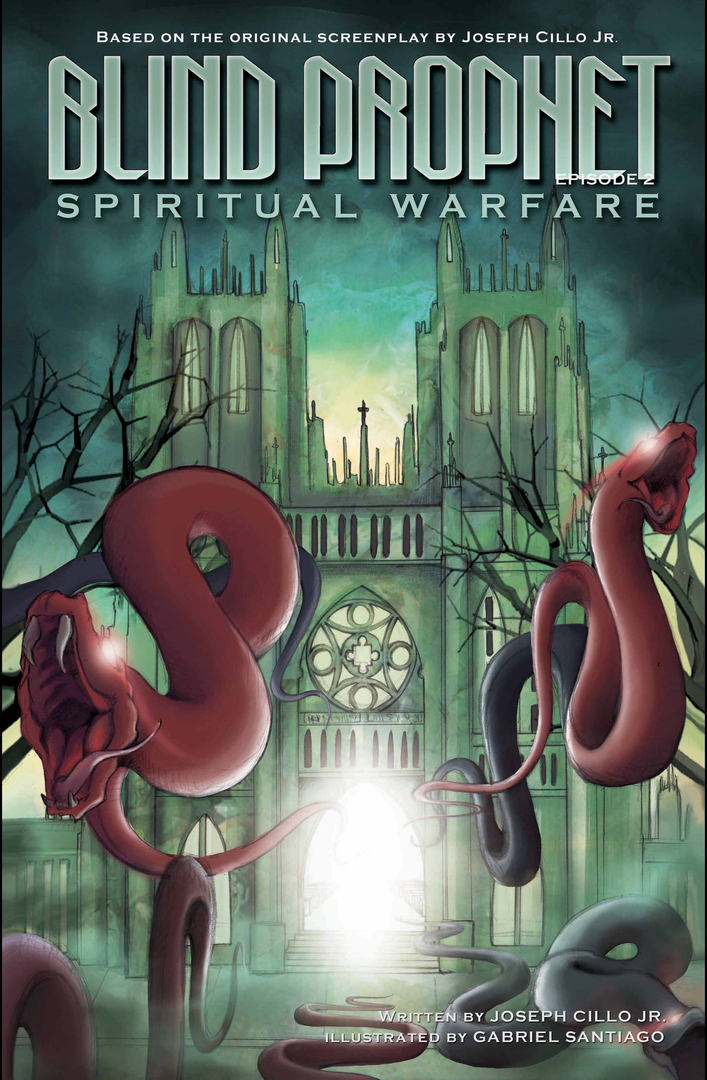 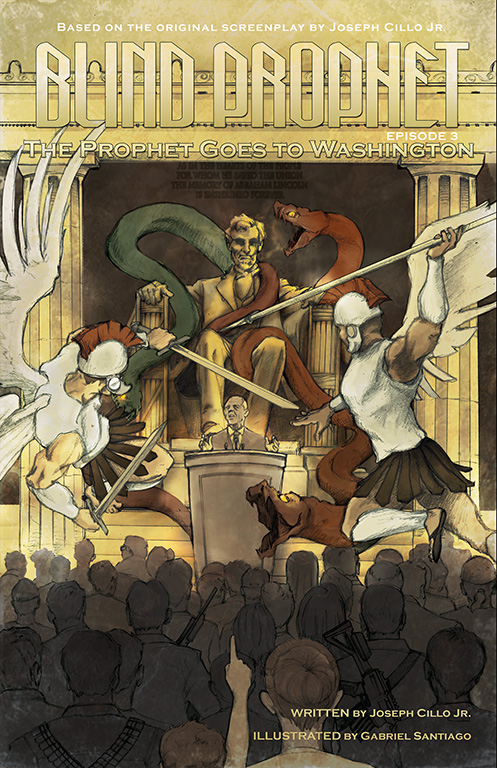 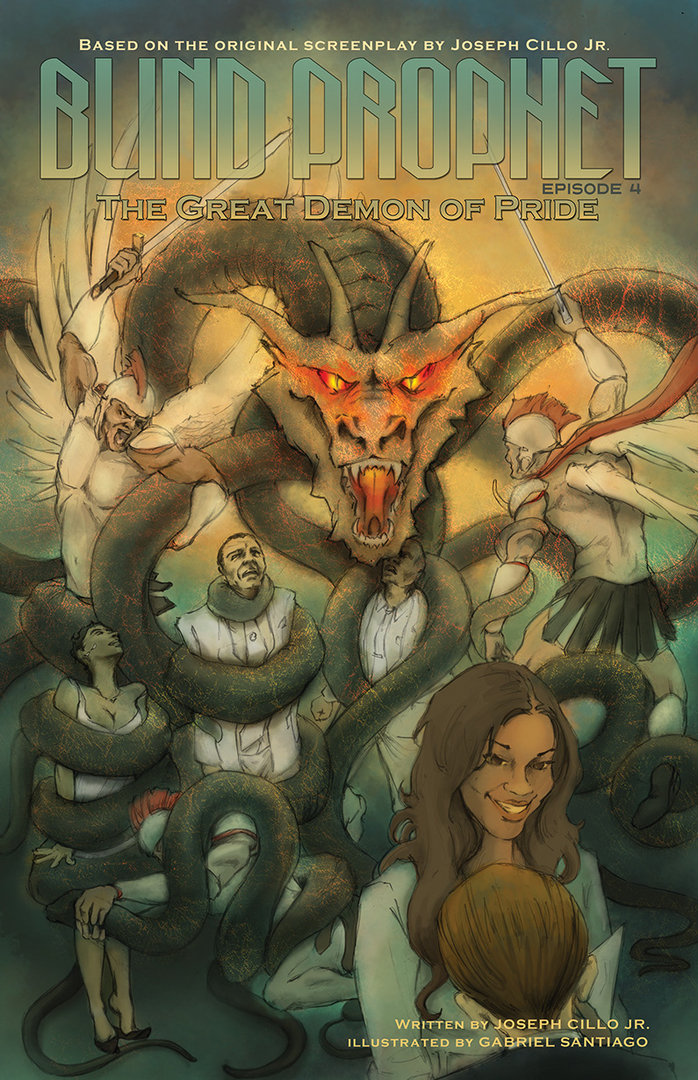 Comic book heroes are always a step behind, confronting the villain only after he has begun to carry out his heinous plans.

All intriguing villains face a moral choice that puts them on the path to evil.  We might even say that before any evil act is committed, a spiritual battle inside the soul has already been lost.  The consequence of that loss, is the evil that we see.  But the spiritual battle remains unseen.

But what if there were a new kind of hero?  One who had vision into the moral conflicts faced by the characers he met and could see the demons tempting them, and know their plans?  So, he could intervene on a spiritual level rather than a physical level, before the villain decides to walk his evil path?

What if victory on a spiritual level meant that not only just lives could be saved but immortal souls, as well? 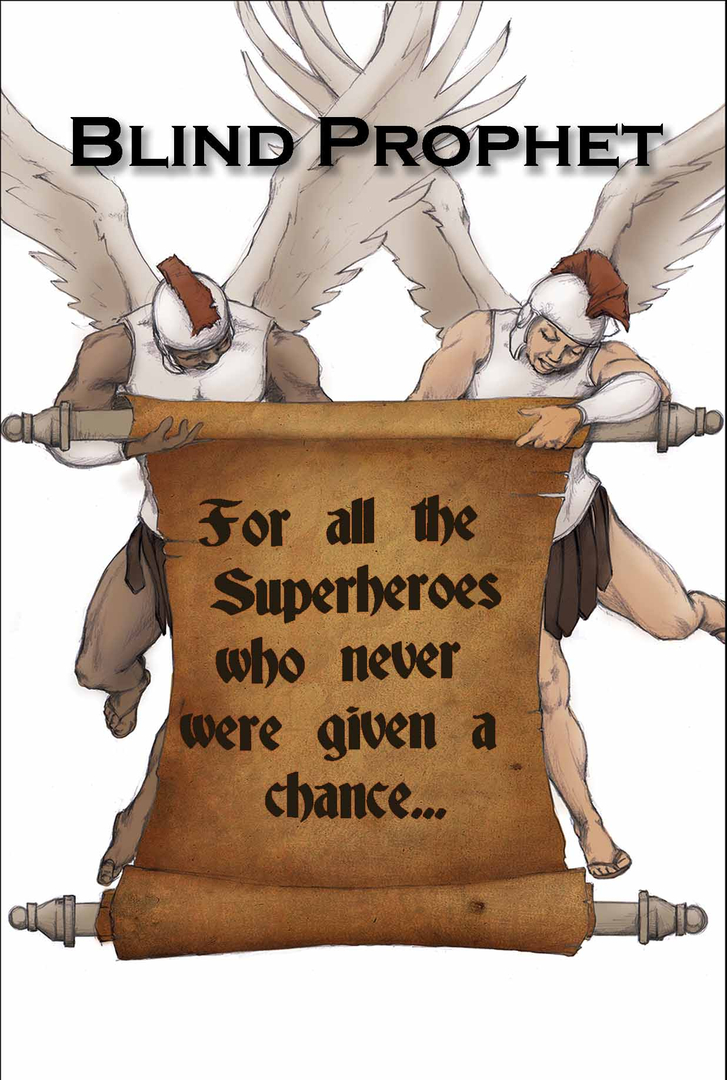 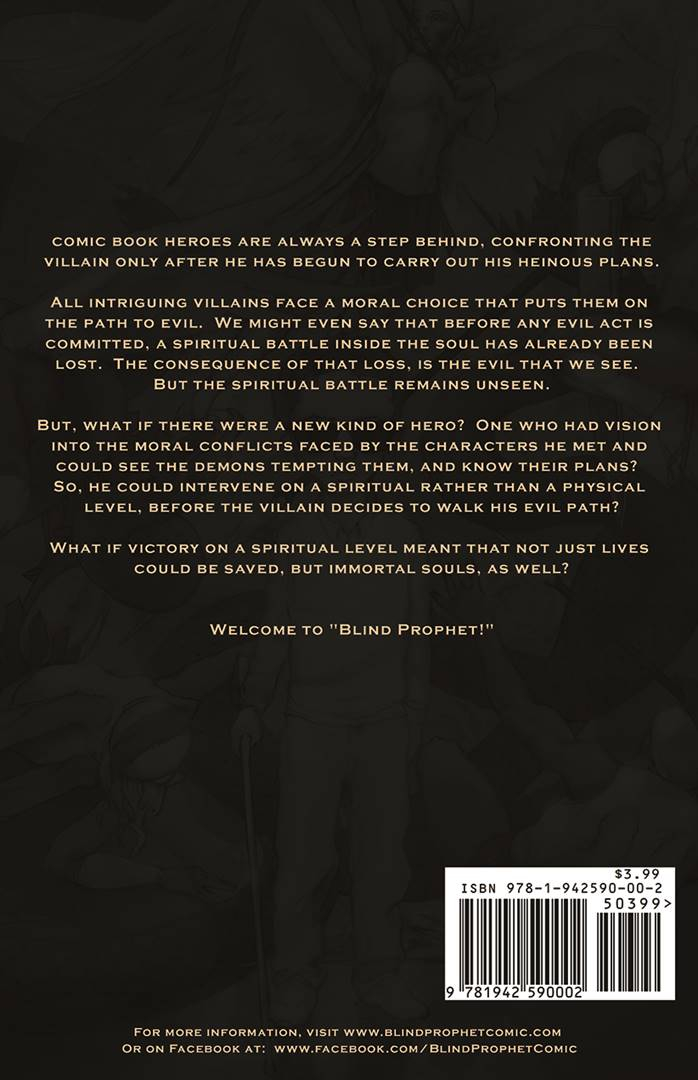 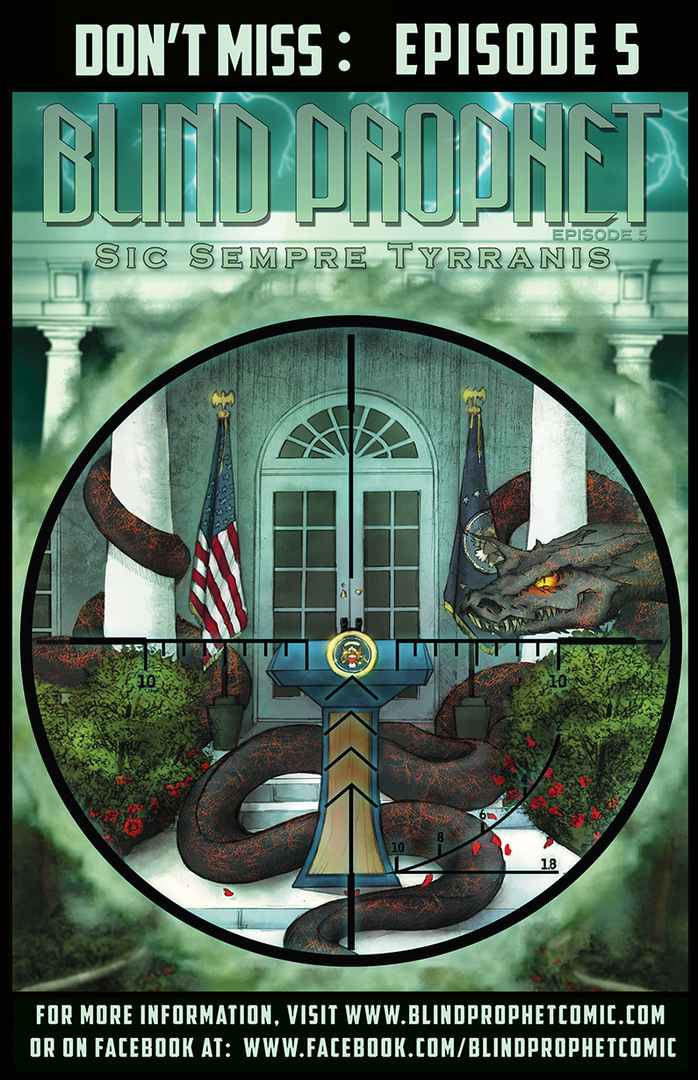